A New York-turned-work-from-anywhere company has now settled in the Tampa suburbs.

Funnel Leasing, which offers Renter Management Software focused on apartments, was founded in 2012 as Nestio. Tyler Christiansen was asked to step up as CEO just as the pandemic hit in 2020, moving the company from its Manhattan-based office to entirely remote.

But as the world began opening back up, Christiansen decided the company needed a home base.

“We originally had an Odessa office just for logistics,” said Christiansen, who previously lived in Tampa Bay for four years and moved back in 2019. “But what we were missing still is a place to call home. Every time we had a leadership retreat, we rented an Airbnb. So we decided to have a real HQ and hire local employees.”

The company is officially opening a 7,000-square-foot space in Odessa, which will host the company’s 120+ employees during retreats. Roughly 10% of the employees are local, with the hope to boost to 20% in the coming years. 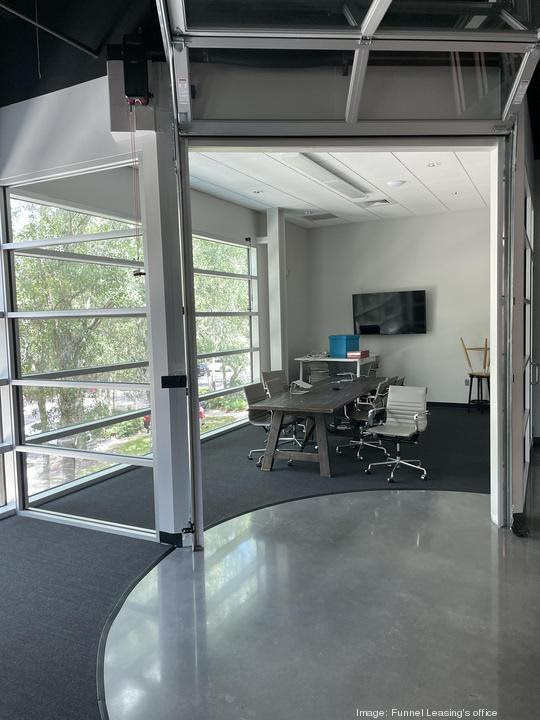 “We have employees in 30-plus states, but we were missing the culture component of, ‘When I onboard, can I meet the CEO and learn the product?’” Christiansen said. “So we’re offering the optionality now for us.”

“Funnel is very much trying to change the renter experience for everyone and make it a lot better,” said Alex Howe, Funnel’s VP of marketing. “This is an industry that hasn’t been disrupted in a long time, and it’s one of the most important choices you make — where you live and the home and community. It’s a big one, so we want to improve it.”

The company’s move is a win for the region beyond bragging rights. Funnel Leasing has seen significant growth over the last few years, quadrupling its employee base and recently closing a $36.5 million Series B round in February.

It’s been buoyed mainly by the growing demand for rental apartments as housing prices continue to rise, especially in Tampa Bay.

“As everyone has trouble keeping their business fully staffed, they can use an AI solution that can answer questions and help you go through that process,” Christiansen said. “It’s well-positioned for the new workforce.”

Funnel Leasing plans to fuel the growth with an eventual Series C in the next year for an undisclosed amount. It also has at least a two-year lease for its new space and is open to looking at new locations once the lease nears its end.

“There’s a lot of cool tech spaces coming on to the market; we’re open to it,” Christiansen said. “We’re based here, we’re going to be around for a long time, and we want to grow here.”